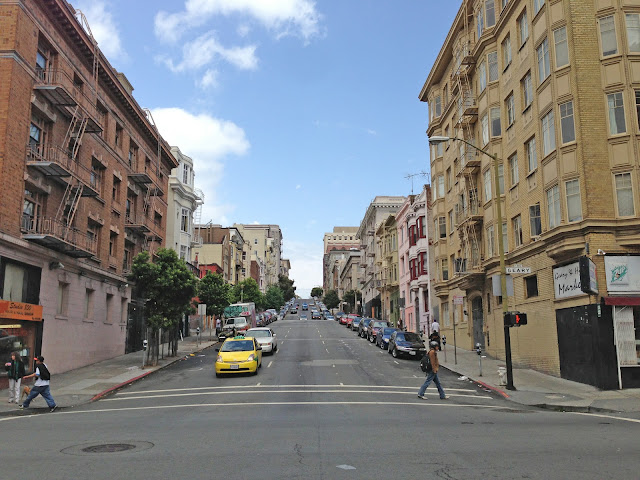 The clouds part and the sun shines.

What do I do first? Hadn’t thought of that.

I get a haircut. I don’t normally get haircuts. I cut my hair myself. Last time I got a haircut the hairdresser goes “Who the hell last cut your hair?”.

I give the hairdresser my first pitch to stop him asking who last cut my hair. “Story… it’s like a mini-blogging app. It’s really simple.”

“I hear London has a way better party scene. Especially the warehouse parties, it’s died down around here.”

“Yeah, I think you always think the other city is better than your own.” I reply, I look at his face in the mirror and gauge his age. He’s got a boyish face with a full beard. Definitely at least my age. Definitely gay. I carry on, “I feel like there’s less parties in London these days but, you know, that’s because we’re all older, right? Probably just don’t get invited any more. I’m sure the kids are partying hard.”

He didn’t like that. He frowns and nods slowly. He hasn’t smiled once, thinking about it.

“You know… the thing that goes in your phone? I need a US one.”

“I have no idea. You mean like a phone store?”

“I haven’t owned a computer for seven years.” He adds.

Fucking Californian hippy. This isn’t going anywhere. Great first pitch. He gave me a beer though. And a good haircut.

I rent a bike and cycle from the East side across to Golden Gate park on the west. The hills nearly kill me. My iPhone works brilliantly, the maps and that, you know, because this is where they’re made. 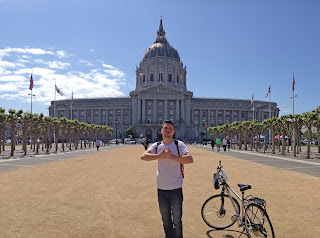 When I get back to the hotel I read an email from Jasmeet. She’s done the final change to the little job we set her. On the flight I’d done a design for the new website, I send it to Paul. We need it live before I meet any investors.

That night I watch a load of American TV. There’s a news report about a girl who’s been missing for ten years. Turns out she was locked up in this guy’s house along with two other girls and she’s escaped. “Ten years, eh? That’s a long time.” The newsreader decides. She pauses then moves onto the next story.

The news is crazy here. It’s really opinionated and they tell you what to think. There’s a trial going on at the moment and the newsroom cut to their ‘courtroom expert’, “GUILTY AS HELL!” she screams. And she gets Donald Trump on the phone and he’s like, “Her ass is guilty!” And Donald Trump has actually been tweeting the accused. Like, the accused has a twitter.

And three out of four ads are for drugs. Telling you you’re depressed or have OCD, or ADHD or ‘just don’t feel right’ so ‘buy our drug’ and literally the list of side effects they legally have to read out is longer than the ad itself. “Yellowing of the skin and eyes. Suicidal thoughts.” was actually one.

And the homeless. In London, our guys sit in corners, don’t really do much. In San Francisco they follow you about groaning like the Walking Dead. Except this guy. (Alcatraz in the background) 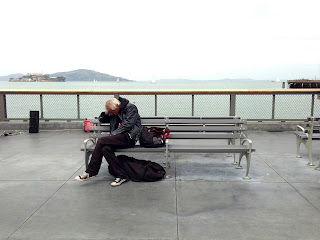 I woke up that night having an anxiety attack. Where the fuck am I? How am I gonna do what I need to do? I send some emails…