I’m going on an adventure.

No plan. Just jumping on an aeroplane and, providing it doesn’t crash, spending two weeks showing our app about looking for investment. I’ve arranged to meet up with a bunch of people. Entrepreneur people.

I have no investor meetings planned yet. Is it too late? I don’t even know. Should be cool, I’m armed with a business plan. Nah, this’ll be great. Providing the plane doesn’t crash.

“It’s not going to fucking crash!” My girlfriend says, “I don’t remember the last time there even was a crash.” I’m staring up at the clear blue sky. I can see three planes.

“Exactly. Hasn’t been one for ages. We’re due one.” Never just one either. You hear about one crash and there’s always more crashes that week.

I concentrate and will the three planes overhead to explode so mine won’t. They don’t. They never do.

I imagine my plane crashing. Would Paul carry on making Story? He better. He better do it in my honour. Might even get us some exposure… This blog gets discovered… Ashton Kutcher sees it… Likes the sound of me… Gives Paul a call like, “I love this guy. Let’s make Story in his honour.” Changes the world.

I don’t know how this is going to go. If this was a movie, this would be the final act.

‘Guy spends the last of his money going to San Francisco to realise his dream.’

Life is never like that though. Kinda like how the plane won’t crash. Stuff just doesn’t really happen. Right?

But, hey, you know what feels magical about this? Like a movie? I have a treasure map. 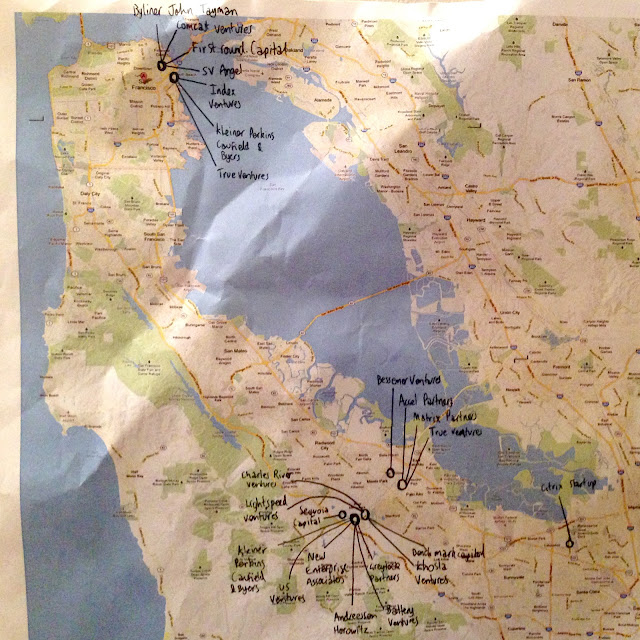